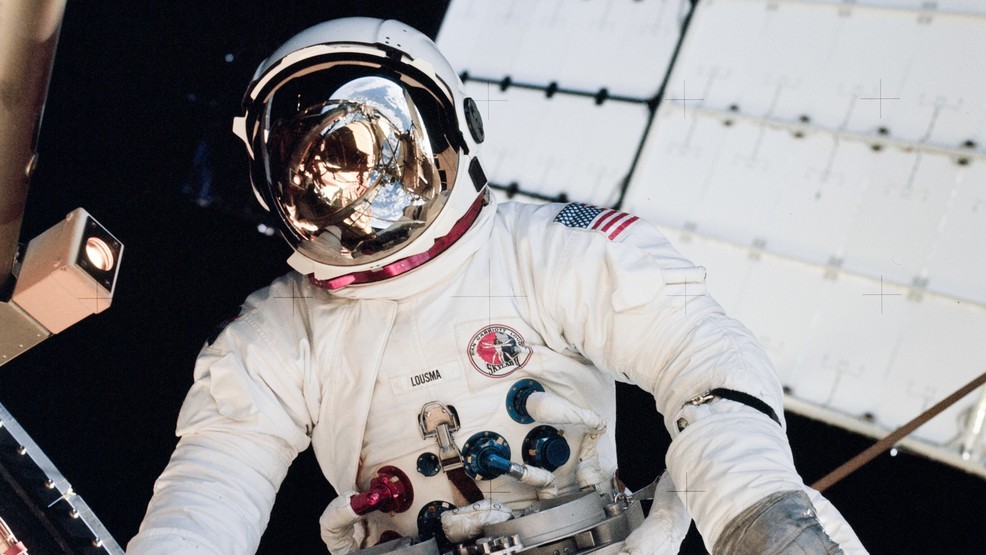 Pontefract, a medieval market town in West Yorkshire, United Kingdom, has been making its mark on history since the end of the 11th century. The modern township of Pontefract consisted of two distinct and separate localities known as Tanshelf and Kirkby. The 11th-century historian, Orderic Vitalis, recorded that, in 1069, William the Conqueror traveled across Yorkshire to put down an uprising which had sacked York, but that, upon his journey to the city, he discovered that the crossing of the River Aire at what is modern-day Pontefract.

However, the history books required some revising from a discovery in 2007 of a suspected extension of Ferrybridge Henge – a Neolithic henge – discovered near Pontefract during a survey in preparation for the construction of a row of houses. Also, the modern town is situated on an old Roman road (now the A639), described as the “Roman Ridge”, which passes South towards Doncaster. The Roman Ridge is believed to form part of an alternative route from Doncaster to York via Castleford and Tadcaster, as a diversion of the major Roman road Ermine Street, which may have been used to avoid having to cross the River Humber near North Ferriby during rough weather conditions over the Humber.

Pontefract has been on the map for a while and had many, many visitors over the years. And yet, Colonel Jack Lousma by his own admittance has been 200 miles from Pontefract over 800 times.

You see, Colonel Jack Lousma (USMC. Retired) is an American aeronautical engineer, retired United States Marine Corps officer, former naval aviator, NASA astronaut, and politician. He was a member of the second crew on the Skylab space station in 1973. In 1982, he commanded STS-3, the third Space Shuttle mission. As one of the 19 astronauts selected by NASA in April 1966, he first served as a member of the astronaut support crews for the Apollo 9, 10, and 13 missions. He was the CAPCOM (Capsule Communicator) recipient of the firstly Jack Swigert’s “Houston, we have a problem” before Commander Jim Lovell’s “Houston, we’ve had a problem” message from Apollo 13. He was also selected as lunar module pilot for Apollo 20, which was later cancelled with the program closing with Apollo 17. He was the pilot for Skylab 3 from July 28 to September 25, 1973, and was commander on the Space Shuttle Columbia, STS-3, from March 22 until March 30, 1982, logging a total of over 1,619 hours in space.

Lousma also spent 11 hours on two spacewalks outside the Skylab space station. He served as backup docking module pilot of the United States flight crew for the Apollo-Soyuz Test Project (ASTP) mission which was completed successfully in July 1975.

On the weekend of October 4th/5th 2019, he was the guest of, and keynote speaker of Space Lectures, based in Pontefract. Space Lectures offer inspirational presentations by astronauts and space/aviation professionals, that are “not for profit” and are held here in the UK with a donation from each event to UNICEF, and Fior di Loto, a tax-free foundation helping Indian girls who do not have a chance to get any education in the village of Pushkar, state of Rajasthan northwest India.

For many years Space Lectures has worked tirelessly to bring to the UK some of the greatest names in the field and it has been able to secure some of the most influential astronaut speakers of the golden age of space exploration. These twice-yearly events are one of my personal highlights of the year that I look forward to attending, and donating a photograph to be auctioned at each event.

The oft-quoted line by Tom Wolfe of astronauts being made of the ‘right stuff’ has been demonstrated to me many times, with encounters and conversations I have been fortunate enough to have had with so many Astronauts, Cosmonauts, Flight Controllers, Engineers and Scientists alike. But with Jack Lousma, his ‘right stuff’ comes from more than his aeronautical, scientific and space ambassador experience. It comes from his entire demeanour. His air. His conduct and attitude. Seeing him talk so enthusiastically to over 1000 school children at both the Outwood Academy Carlton in Barnsley, and Mount St. Mary’s College in Sheffield, his passion to communicate with such warmth and generousity of spirit is inspiring, and challenges description.

Friday evening, and the gala dinner is set under the roof of the now very familiar Wentbridge House Hotel, set among its 20 acres of gardens and grounds. I am met by some old faces, and some new. Particularly, Dwight and Alexandra Steven Boniecki who, in addition to donating a piece for the dinner’s subsequent auction brought with them a selection of merchandise from the film; “Searching for Skylab.” Whilst speaking with Dwight, the film’s Director, and Alexandra, the movie’s Producer, the film was created to bring attention to the important role Skylab played in the development of human spaceflight programs. On Skylab, Dwight said “hundreds of hours of video and audio recordings exist from it, yet it is unlikely that you’ve seen or heard much of it.” 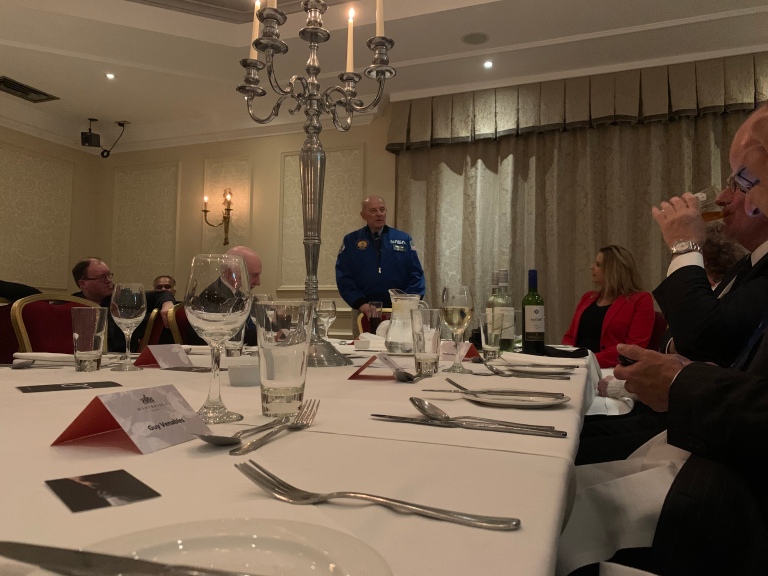 Having conducted some ‘post-weekend’s events’ research, “Searching for Skylab” has been praised by writers from various spaceflight enthusiast communities. Emily Carney, a writer for the National Space Society, wrote that the film was a “treasure trove of as-yet-unseen archival footage” and that the film helped dispel long held myths about the Skylab space station. A writer for Spaceflight Insider also praised the film saying “If you never flew into space yourself and you’d like to experience what it takes to be an astronaut, you ought to find out watching the film. It’s absolutely thrilling”.

I am the type of person who spends hours a week thinking about travelling. Not just thinking, but wishing, yearning. Not only yearning to travel, but exploring too. I can gauge from Jack that he is too, as he often described Space as the World’s favourite vacation spot, and when asked by an inquisitive child if he had any regrets or opportunities missed? He replied; “No. Well, walking on the Moon would have been nice, but, I wanted to stay, stay for longer, stay for as long as possible in Space.”

The following day’s lecture at the Carleton Community High School began with a photoshoot for guests that hadn’t been at the dinner, and an opportunity for them to purchase images for the subsequent autograph session. Having heard of Jack’s enthusiasm when talking to youngsters in both schools the previous day, the lecture he gave was the lengthier, more detailed, full-fat version. After a short video introduction of STS-3’s mission with the soundtrack of “On the Road Again” by Willie Nelson, Jack walked on stage to rapturous applause. 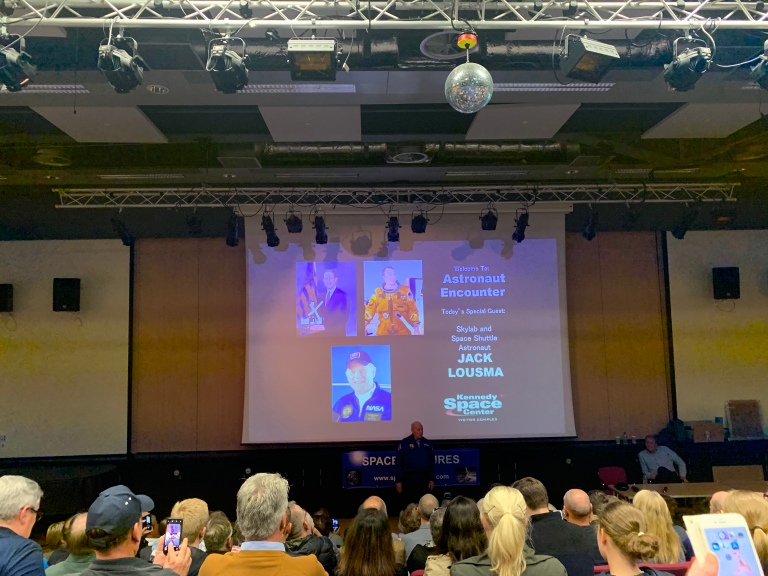 Jack spoke of his desire to go into unknown territory, not just going, but documenting what you find and seeking to explain its significance, to seek knowledge. Discover new knowledge and share it with others. He is the very definition of an explorer.

Going on to speak of how himself and the crew, during their first EVA, installed the twin-pole sunshade, one of the two solutions for the destruction of the micrometeoroid shield during Skylab’s launch to keep the space station cool. It was installed over the parasol, which was originally deployed through a porthole airlock during Skylab 2. Both were brought to the station by Skylab 2. How Skylab 3 continued a comprehensive medical research program that extended the data on human physiological adaptation and readaptation to space flight collected on the previous Skylab 2 mission. In addition, Skylab 3 extended the astronauts’ stay in space from approximately one month to two months. Therefore, the effects of flight duration on physiological adaptation and readaptation could be examined.

A set of core medical investigations were performed on all three Skylab crewed missions. These core investigations were the same basic investigations that were performed on Skylab 2, except that the Skylab 3 inflight tests were supplemented with extra tests based on what researchers learned from the Skylab 2 science results. For example, only leg volume measurements, preflight and postflight stereophotogrammetry, and in-flight maximum calf girth measurements were originally scheduled for all three Skylab missions. In-flight photographs from Skylab 2 revealed the “puffy face syndrome” which prompted the addition of in-flight torso and limb girth measurements to gather more data on the apparent headward fluid shift on Skylab 3. Other additional tests included arterial blood flow measurements by an occlusive cuff placed around the leg, facial photographs taken before flight and during flight to study the “puffy face syndrome”, venous compliance, hemoglobin, urine specific gravity, and urine mass measurements. These inflight tests gave additional information about fluid distribution and fluid balance to get a better understanding of the fluid shift phenomena in long-duration spaceflight.

Jack’s fellow astronauts conducted numerous experiments aboard Skylab during its operational life. The telescope significantly advanced solar science, and observation of the Sun was unprecedented. Astronauts took thousands of photographs of Earth, and the Earth Resources Experiment Package (EREP) viewed Earth with sensors that recorded data in the visible, infrared, and microwave spectral regions. 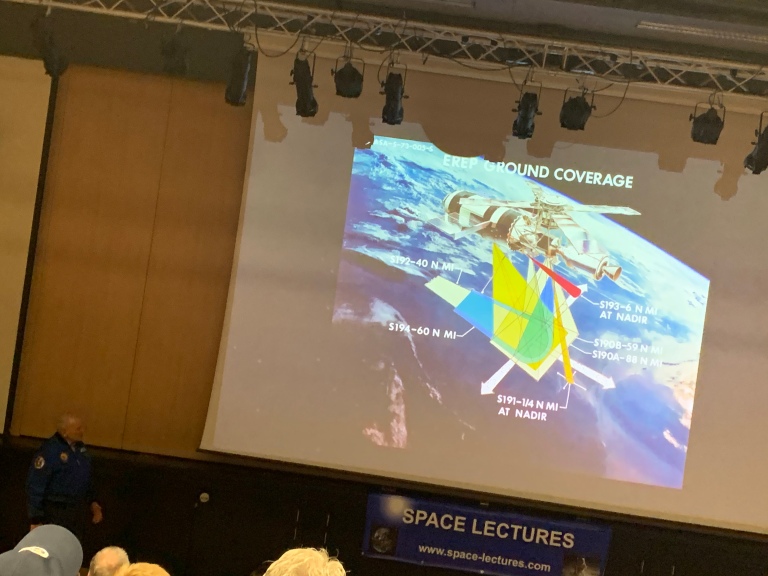 Jack then went on the describe the workings and successes of the Apollo Telescope Mount, or ATM, that was a manned solar observatory that was a part of Skylab, that could observe the Sun in wavelengths ranging from soft X-rays, ultra-violet, and visible light. The ATM was manually operated by the astronauts aboard Skylab from 1973–74, yielding data principally as exposed photographic film that was returned to Earth with the crew.

In today’s highly inter-dependent an inter-connected world, humankind tends to take for granted that our search for most of the knowledge that we want, can be satisfied without making any serious sacrifices or taking any great personal risks to our health or safety.

But this is not necessarily so. People who love to experience a sense of the adventure of life, know that they have to move out of their comfort zone and in so doing make sacrifices and take risks. Why do people do this? There are many reasons, but one of the best is that when you become an explorer you become enchanted by learning – you discover a love of finding new knowledge and sharing this precious information with other people.

Returning to Tom Wolfe’s ‘The Right Stuff’, Wolfe said that he was interested in understanding why a person would actively put themselves in danger, and what drove them to accept high levels of risk as part of their job. In ‘The Right Stuff’, Wolfe chronicles the personality of the early astronauts concluding that they were couragous, confident and competitive individuals, echoing their fight and test-pilot backgrounds. Over time, and consistent with the evolution of space exploration, the definition of ‘the right stuff’, has changed. What was acceptable and even desirable in those early astronauts is not the same as what is wanted today. In the present day, the missions are much longer, the crew come from all over the World, and the tasks that astronauts are asked to complete are very different – skills such as motivation, cooperation, working under pressure and conflict management are valued much more highly. Jack epitomises all of these traits, somewhat pioneering the modern-era of spaceflight, and with it, it’s astronauts.

Seeing Jack talking to so many people, young and old, his passion to communicate the wonders of his spaceflight experience shines through his demeanour. His lecture was conveyed with such a warmth and generousity of spirit. Jack proudly laid the groundwork for what we associate as the modern-era of spaceflight successes, how he epitomises dedication and hard work, but more importantly, to enjoy it too. Jack rightfully stands at the forefront at those points in history that people will look back on as a glorious crowning acts in human space exploration.