General Stafford’s journey was problematic. But at the age of 86 (at the time of writing), his age had nothing to do with it; My original meeting was to have been with Capt. Gene Cernan (Gemini 9A, Apollo 10, and Apollo 17) but with only three days notice it was with a heavy heart that the announcement was made that due to an unforeseen illness Capt. Cernan was unable to travel to the UK. The Cernan camp were finalising hotel details, and Capt. Cernan himself was determined to make the trip but fate had not been kind and while it came as a huge disappointment (not least to Capt. Cernan himself) his decision to postpone was respected. But, all was not lost. Capt. Cernan had contacted his Apollo 10 Commander and friend to this day, General. Tom Stafford, who with barely any notice, flew himself from Houston to Orlando, couldn’t get to New York for his connecting flight to Manchester due to bad weather, so flew himself to Miami before boarding a flight London Heathrow and continued onward to Manchester with a further connecting flight, and arrived just an hour before Friday’s photo shoot started. Circumstances surrounding the event only served to heighten the sense of appreciation and the standing ovation afforded the General as he entered the room was genuine and heartfelt.

General Tom Stafford, is a pioneering astronaut with an enviable spaceflight record. His NASA experience formed just part of an amazing career to which all of his contemporaries could only aspire. A veteran of 4 historic space missions, he is also largely responsible for 60% of the current US Air Force strike capability stealth bombers to F16s, refueling tankers to Tomahawk missiles.

General Stafford graduated in 1952 from the U.S. Naval Academy, Annapolis, Maryland, and was commissioned a second lieutenant in the United States Air Force. He received his pilot wings September of 1953 and quickly completed advanced interceptor training. In December 1955 he was assigned to the 496th Fighter Interceptor Squadron in Germany, where he performed the duties of pilot, flight leader, and flight test maintenance officer, flying F-86Ds. He then went on to attend the USAF Experimental Test Pilot School and received The A.B. Honts Award as the Outstanding Graduate. He was an instructor in flight test training and specialized in academic subjects-establishing basic textbooks and directing the writing of flight test manuals for use by the staff and students. He is co-author of the Pilot’s Handbook for Performance Flight Testing and the Aerodynamics Handbook for Performance Flight Testing.

He was selected among the second group of astronauts in September 1962 by NASA to participate in Projects Gemini and Apollo. In December 1965, he piloted Gemini 6 (the first rendezvous in space), and helped develop techniques to prove the basic theory and practicality of space rendezvous. In June 1966 he commanded Gemini 9 and performed a demonstration of an early rendezvous that would be used in the Apollo lunar missions, the first optical rendezvous, and a lunar orbit abort rendezvous. From August 1966 to October 1968 General Stafford headed the mission planning analysis and software development responsibilities for the astronaut group for Project Apollo. As Astronaut Project Manager, he demonstrated and implemented the theory of a pilot manually flying the Saturn V booster into orbit and the trans-lunar injection maneuver. 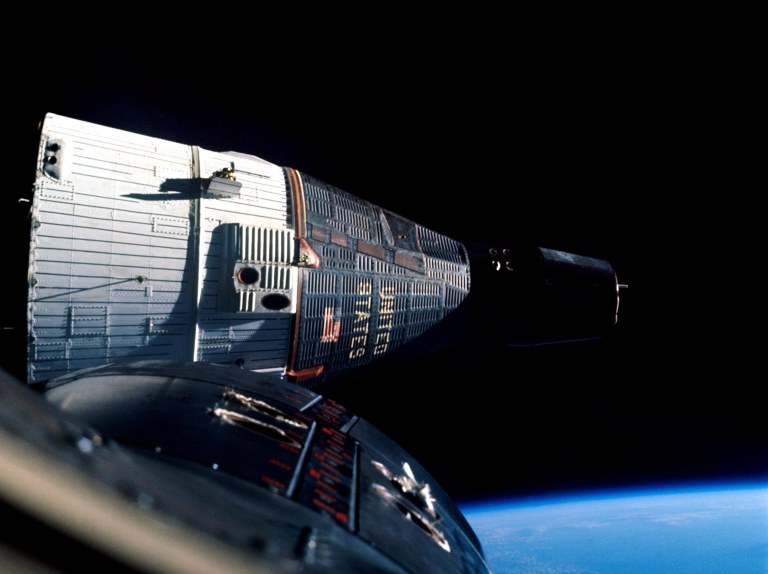 General Stafford spoke fondly of his mission as Commander of Apollo 10 in May 1969 where he flew alongside his Lunar Module Pilot Capt. Cernan, and Command Module Pilot John Young (who remained in Lunar orbit). Stafford and Cernan flew the first flight of the lunar module to the Moon. General Stafford descended to 9 miles above the surface of the moon and successfully performed the entire lunar landing mission, except the actual landing. He performed the first rendezvous around the Moon, and also designated the first lunar landing sitemap, and also made reconnaissance and tracking reports for future Apollo landing sites. He was subsequently assigned as head of the astronaut group in June 1969, responsible for the selection of flight crews for projects Apollo and Skylab. He reviewed and monitored flight crew training status reports, and was responsible for coordination, scheduling, and control of all activities involving NASA astronauts. 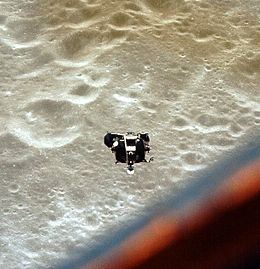 But most of all, he spoke of friendship. General Stafford logged his fourth space flight as Apollo commander of the Apollo-Soyuz Test Project (ASTP) mission, from the 15th to the 24th of July 1975, a joint space flight that culminated in the historic first meeting in space between American Astronauts and Soviet Cosmonauts, which ended the International space race. Stafford commanded the Apollo spacecraft and Alexey Leonov commanded the Soyuz 19 spacecraft that docked on the 17th of July 1975 and their friendship remains as strong today as it did then.

Never before have I met an astronaut with such a breadth of knowledge and first-hand experience of the aerospace industry.

Thank you General Stafford for a wonderful meeting.

In June 1971, General Stafford was assigned as Deputy Director of Flight Crew Operations at the NASA Manned Space flight Center. He was responsible for assisting the director in planning and implementation of programs for the astronaut group, the Aircraft Operations, Flight Crew Integration, Flight Crew Procedures, and Crew Simulation and Training Divisions.

In June of 1990, Vice President Quayle and Admiral Richard Truly, then NASA Administrator, asked General Stafford to Chair a team to independently advise NASA how to carry out President Bush’s vision of returning to the Moon, this time to stay, and then go on to explore Mars. General Stafford assembled teams of 40 full-time and 150 part-time members from the DOD, DOE and NASA, and completed the study called “America at the Threshold”, a road map for the next 30 years of the U.S. Manned Space Flight Program. General Stafford and Vice President Quayle held a joint Press Conference at the White House in June 1991 to announce the recommendations to the public. The Clinton Administration directed a review of all federally funded research and development plans of the Executive Branch in 1994. Gen. Stafford chaired the committee to review and make recommendations to enhance the efficiency of the R&D initiatives of the NASA Human Exploration Enterprise that included JSC, KSC, MSFC and SSFC.

He co-founded the Technical Consulting Firm of Stafford, Burke, and Hecker, Inc. in Alexandria, Virginia. He has served on numerous Boards of Directors of corporations listed on the New York Stock Exchange, one listed on the American Exchange, and two others. He has served as an adviser to a number of governmental agencies including NASA and the Air Force Systems Command. He was a defense adviser to Governor Ronald Reagan during the presidential campaign and a member of the Reagan Presidential transition team. He served on the National Research Council’s Aeronautics and Space Engineering Board; the Committee on NASA Scientific and Technological Program Reviews and Vice President Quayle’s Space Policy Advisory Council. He was Chairman of the NASA Advisory Council Task Force on Shuttle-Mir Rendezvous and Docking Missions and Co-Chairman of the Stafford-Covey Space Shuttle Return to Flight Task Group after the Shuttle Columbia accident. He is currently Chairman of the NASA Advisory Council Task Force for ISS Safety and Operational Readiness.